I photographed these grizzly bears at the Grizzly & Wolf Discovery Center in West Yellowstone. The bears at this facility used to be either "nuisance bears" or they were cubs of a "nuisance bear". The animals were removed from the wild to avoid potentially serious incidents with humans. In many cases animals that get into conflict with people are killed, but these animals ended up in the Grizzly & Wolf Discovery Center. The bears are fed throughout the year and therefore they do not hibernate. This gave me an opportunity to photograph them in the middle of winter in the snow. The animals shown in the image are "play-flighting"... they were having a (snow)ball!

Click here for additional images of grizzly bear in the Rocky Mountains.

Click here for additional images of wolves in the Rocky Mountains. 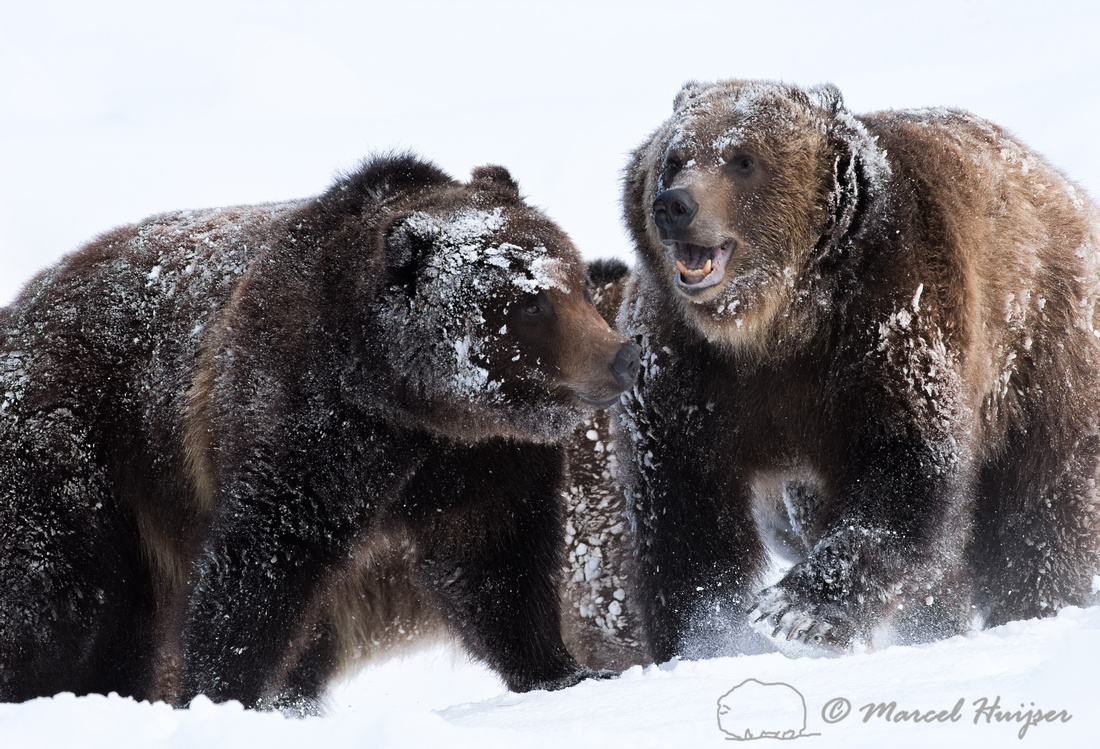