The making of the muskoxen images: the French film crew

The making of the muskoxen images: the French film crew.

You never know how a day will go or who you will meet. On the second to last day we were looking for the muskoxen in thick ice fog. At first we could not find the animals, but we did encounter a French film crew who had arrived the day before to shoot footage for a nature documentary about the four seasons. They were going to be in the area for 12 days. They estimated that only 4 or 5 minutes of muskoxen footage would make it into the final cut.... but before they could start filming or before we could start photographing we still had to find the animals! As the fog started to lift one of the four crew members spotted the muskoxen, and they were kind enough to tell us where the animals were.

The French wore white camouflage clothing which made them quite photogenic in the snowy landscape. So, I decided to photograph them as they gradually approached the muskoxen. Their film camera was huge... one of the sleds was dedicated to carrying this gigantic camera capable of shooting extremely high quality images for cinema use. The crew is quite well known as they also made the cinema movies Microcosmos, Oceans and "March of the Penguins".

Niels and I typically only ate some crackers and drank water in the morning before heading out to the muskoxen. We also had some muesli bars with us to eat during the day, but we would mostly be hungry and we would not really eat until we got back to camp in the mid-afternoon. So, we were very thankful when the French gave us a hot meal mid-day... these guys had their logistics in order with a dedicated animal tracker and cook!

Click here to view more images of "the making of the muskoxen photos". 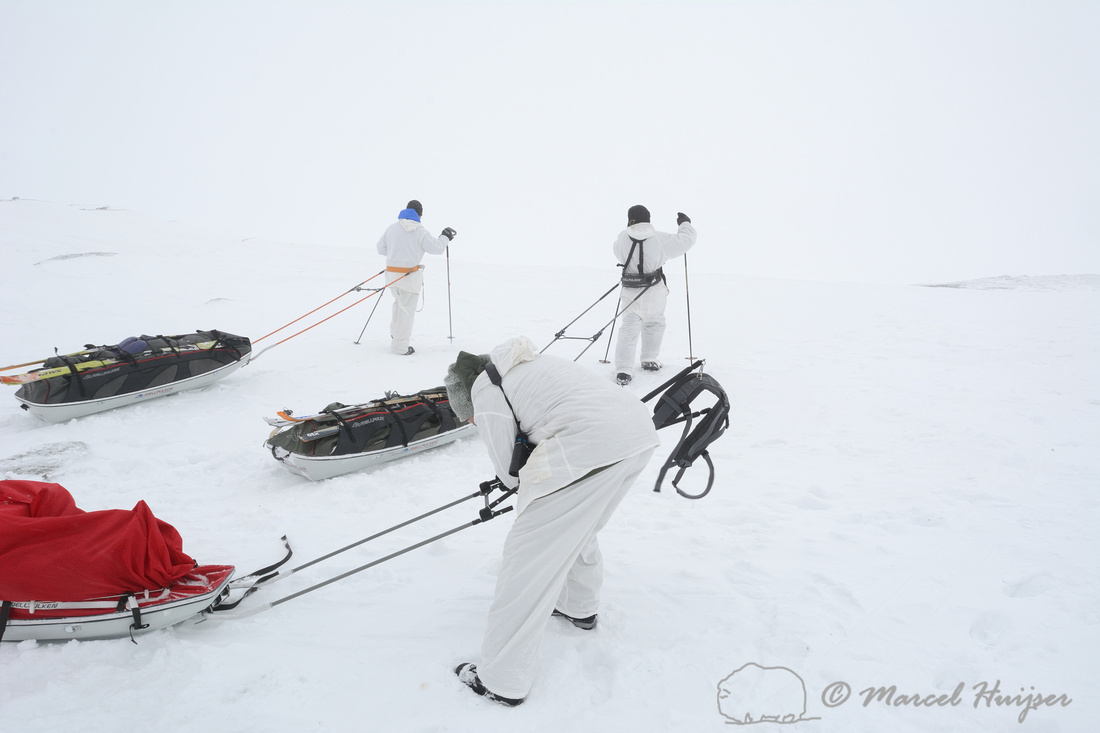 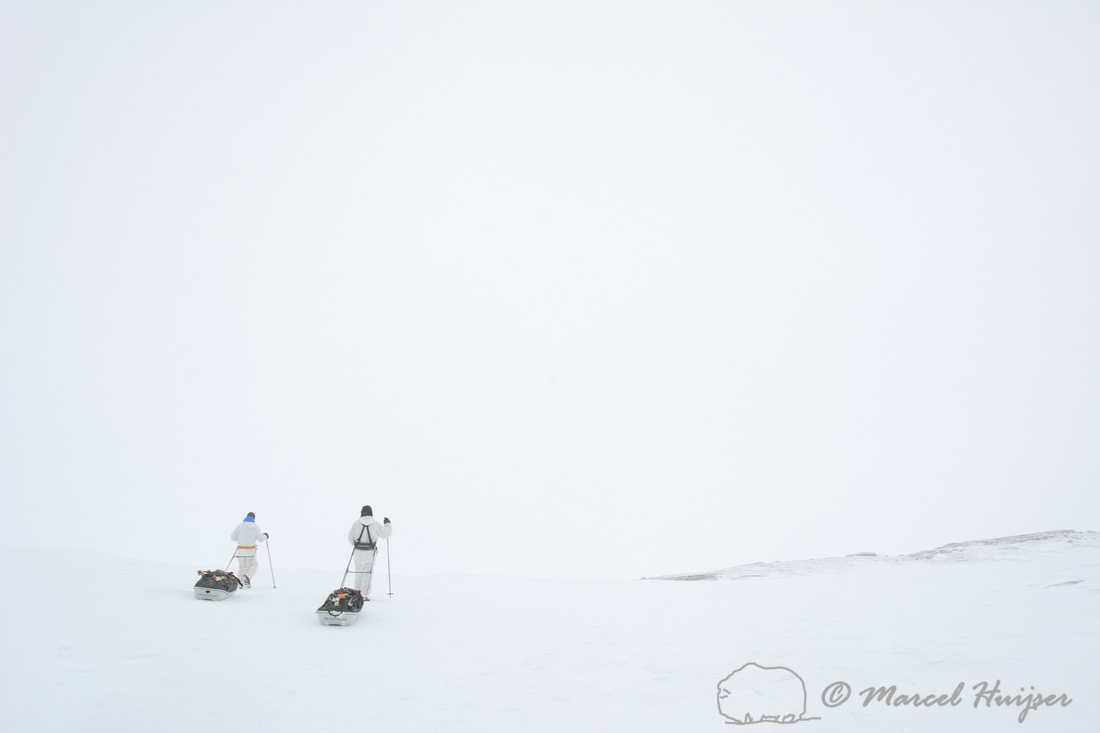 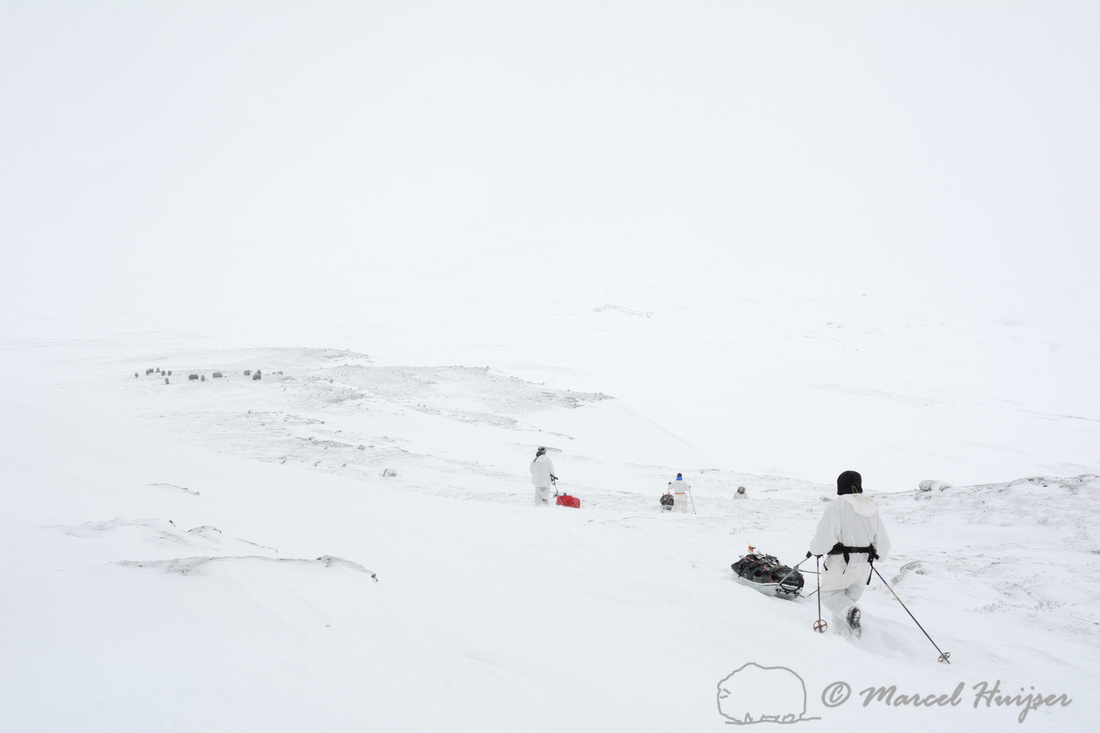 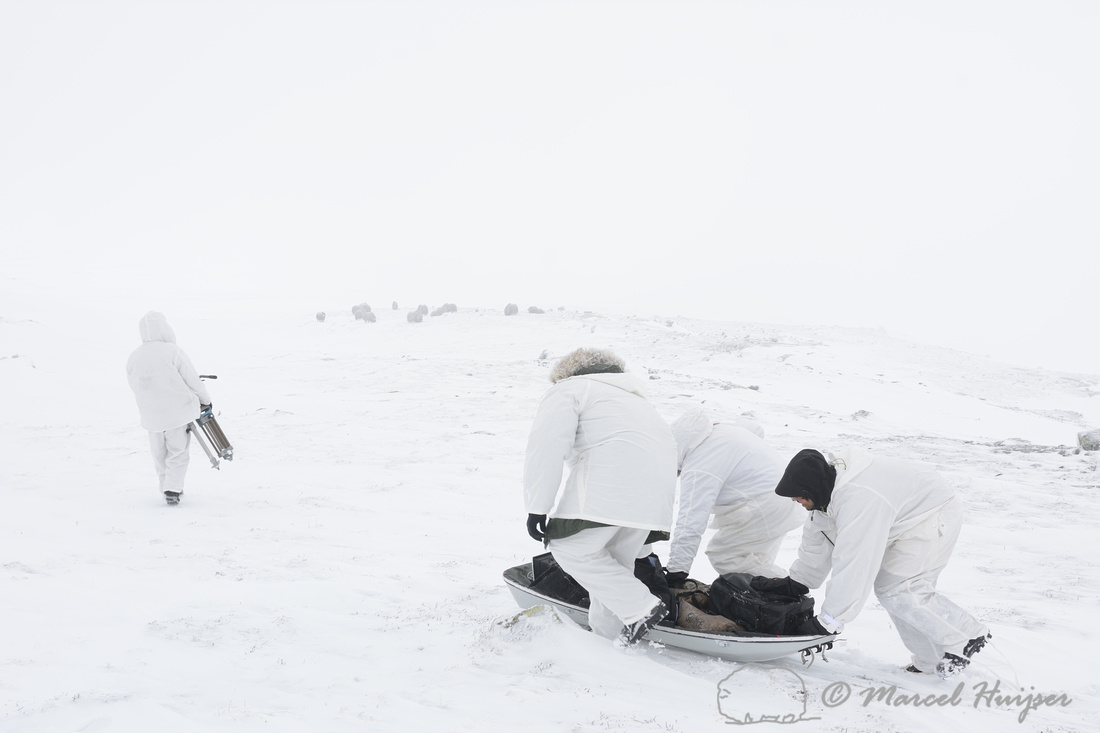 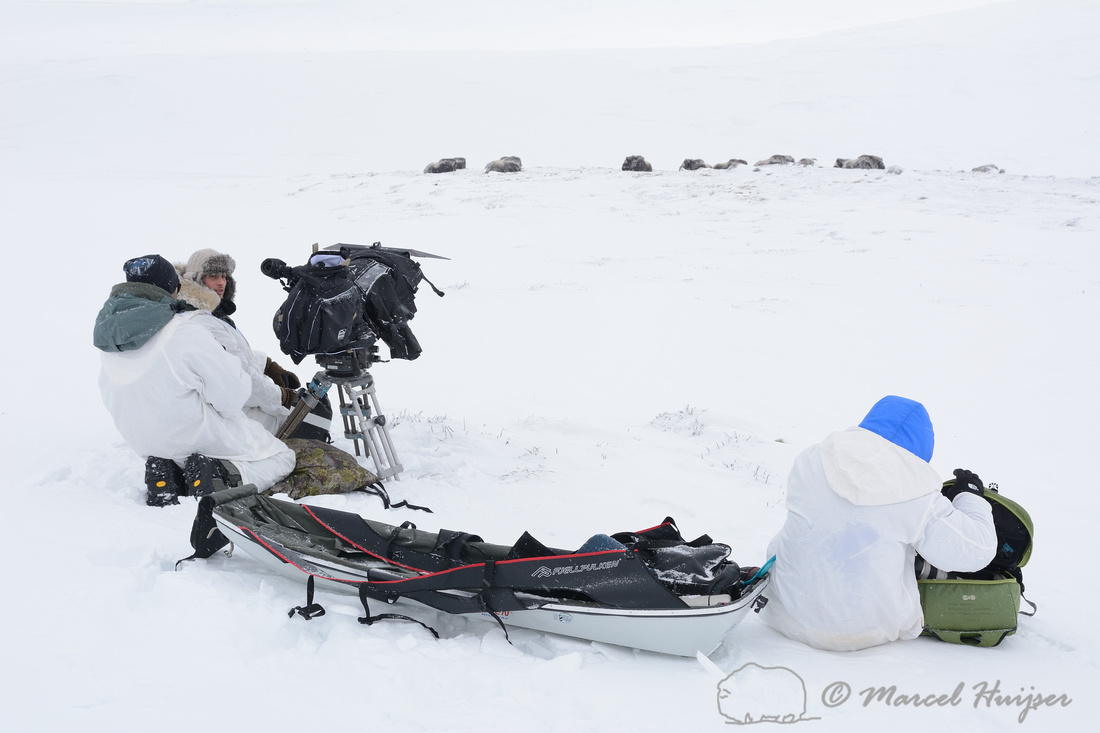