Muskoxen evolved in Asia and adapted to arctic tundra environments. Muskoxen became extinct in Europe (last records are from Sweden about 9,000 years ago) and Asia (last records are from the Taymyr peninsula in Russia about 2,000 years ago), probably primarily as a result of over hunting by people. Muskoxen crossed into North America from Siberia between 200,000 and 90,000 years ago and they survived in Alaska, northern Canada and Greenland. Muskoxen were reintroduced to Europe and Asia relatively recently. Muskoxen were first reintroduced in Dovrefjell National Park in Norway in 1931-1932, but these animals were all killed during the second world war. A second reintroduction attempt (1947-1953) was successful though. The muskoxen population size in Dovrefjell National Park is currently estimated at several hundred individuals.

While muskoxen may look similar to bison or wisent they are actually more closely related to sheep and goats. Their closest living relatives are gorals from central and east Asia. 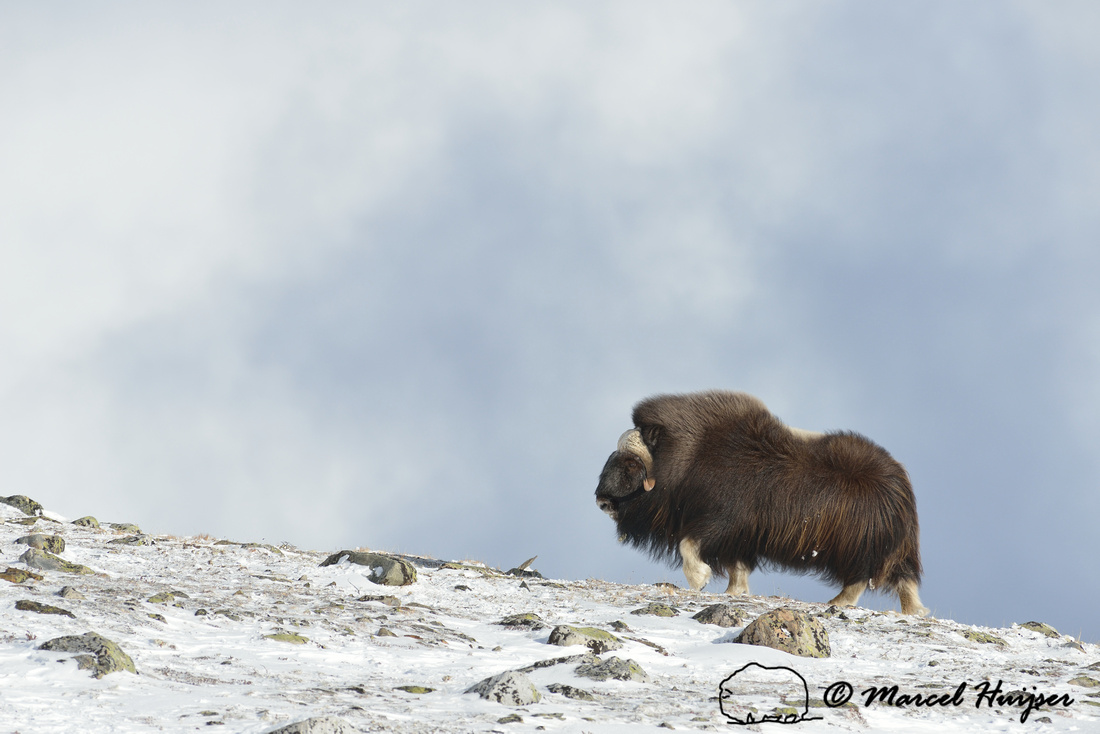