Most roads inside Yellowstone National Park are closed to cars in the winter months. After the snow has melted sufficiently and after the snowplows have cleared the roads in the spring there is a brief period (usually between mid-March and mid-April) where some roads in Yellowstone National Park are open to bicyclists and other non-motorized traffic. During this period the Park and concession staff are still preparing for the upcoming season, and the roads remain closed to cars and other motorized traffic from visitors. There are some vehicles from the Park and concession staff on the roads though. Nonetheless, this window provides a unique opportunity to experience the Park on bicycle without the typical danger and noise associated with cars that drive on the same road during the summer months. In my case I did not only want to cycle but I also wanted to take some photos along the way. The camera gear typically goes into my backpack, but I was able to strap my light weight tripod onto a rack that I attached to the handlebars. The rack is basically a gun rack that is designed for ATVs but I could also attach it to my mountain bike. Click here for more photos including road closure signs. More information from the Park on spring cycling: http://www.nps.gov/yell/planyourvisit/springbike.htm 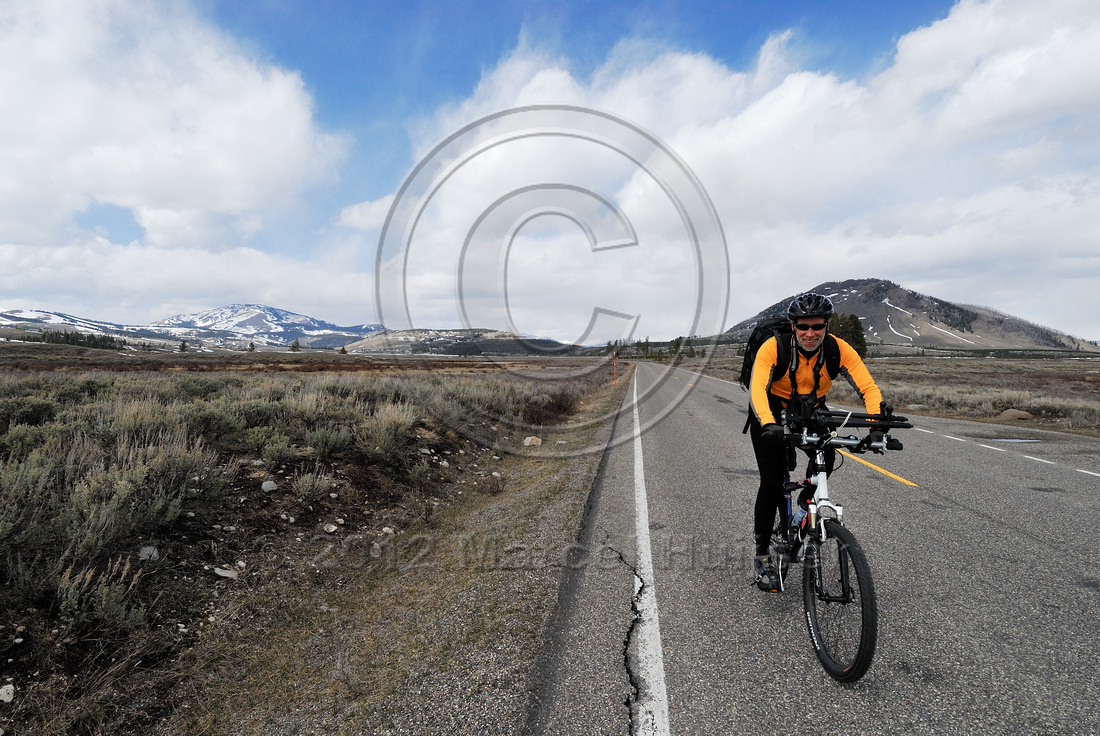 Bicyclist photographer with tripod attached to a rack on the handlebars and camera backpack before roads open to motorized traffic in Yellowstone National Park, Wyoming, USA