Eastern fox squirrels (Sciurus nigris) are native to the eastern United States. They have gradually spread west, often actively introduced by people. In western Montana they have a patchy distribution around several cities, including Missoula and the Bitterroot Valley. They eat nuts and seeds, plants, insects and mushrooms, and they benefit from food that people leave out for them or for birds. They also eat bird eggs and young birds, which is an important reason they are now considered a problem in areas where they have been introduced. Eastern fox squirrels are abundant in urban areas like Missoula and almost everyone can see them in their backyard, on the electricity and phone lines in the alleys, or killed by a car on the city streets. Even though eastern fox squirrels are considered a conservation concern in western Montana, they do provide a connection to nature, especially for people that may not leave the city very often, and they are also just fun to watch. Click here for the latest photos of eastern fox squirrels in our backyard. 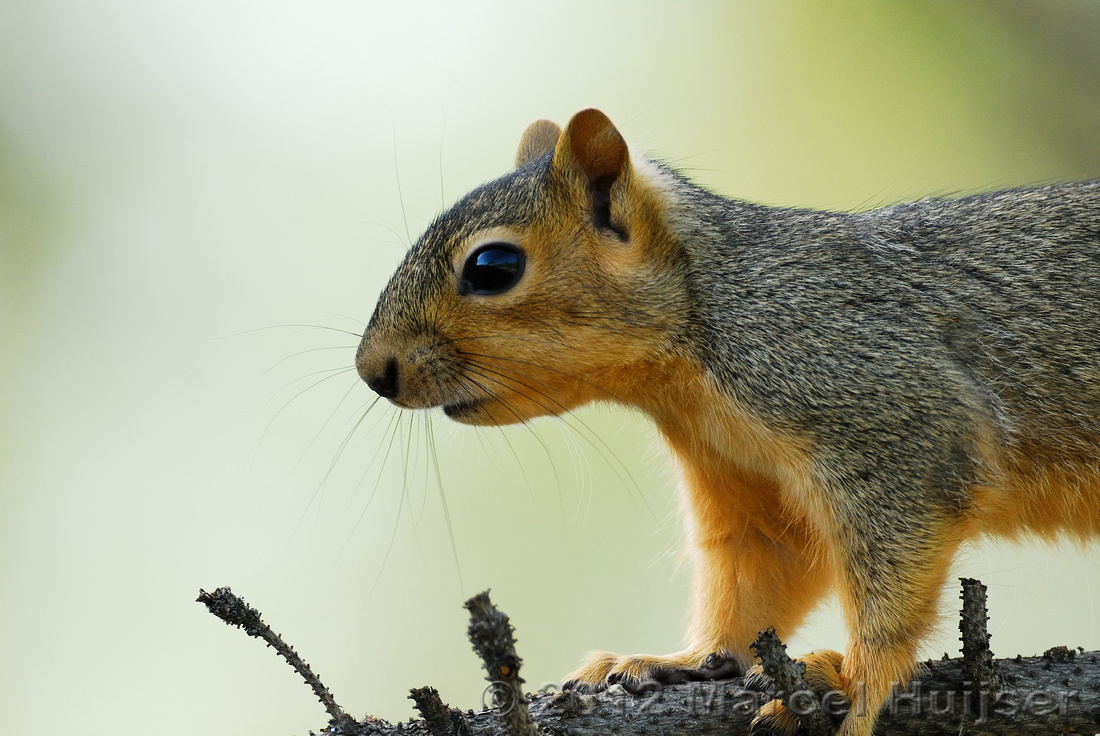